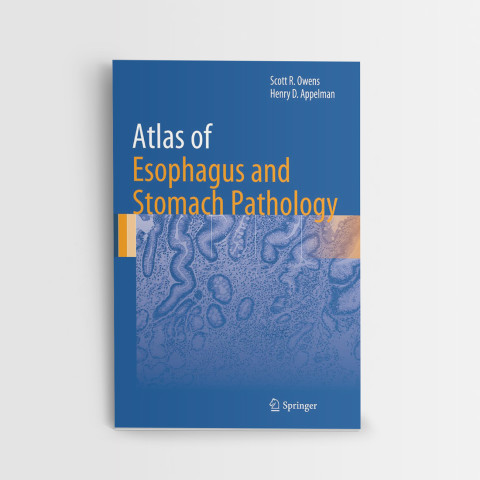 Atlas of Esophagus and Stomach Pathology

Atlas of Esophagus and Stomach Pathology provides an image-based resource for those studying normal histology of the upper gastrointestinal tract, as well as the microscopic manifestations of developmental abnormalities, toxic insults, infectious diseases, inflammatory and autoimmune conditions, and neoplasia in the esophagus and stomach. Because modern gastrointestinal pathology practice centers on specimens obtained during endoscopic examination, the atlas focuses on biopsy pathology, providing “real-world” microscopic images and ancillary diagnostic studies for most commonly-encountered abnormalities and diseases affecting these two organs. The book is supplemented with endoscopic and special study images.

Authored by nationally and internationally recognized pathologists, Atlas of Esophagus and Stomach Pathology is a valuable tool for both pathologists-in-training seeking to make “new acquaintances”, and practicing surgical pathologists in need of a quick visual reference in recalling “old friends” in the world of diagnostic gastrointestinal pathology.